Can’t sudo on a CentOS box

UserXYZ is not in the sudoers file. This incident will be reported.

Just run this as root

So far I really like it, gives great info at a glance, lets you do cool things like put hosts into Maint mode and gives alot of performance info. 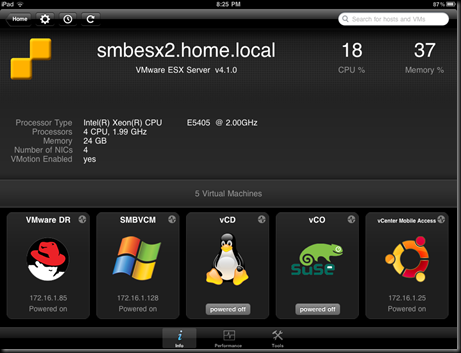 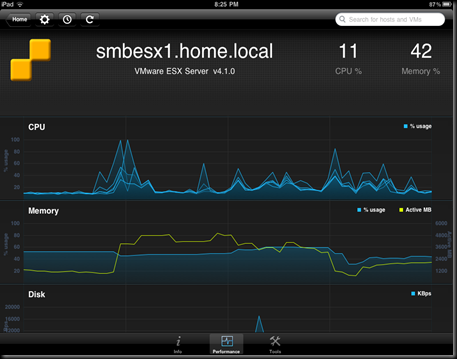 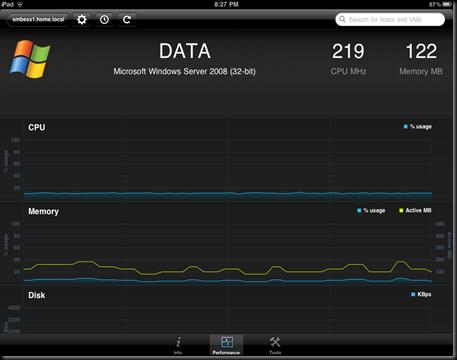 Posted by Brian Smith at 8:39 PM No comments:

Lab Manager is one of my favorite technologies in the market today, but before you install, beware of the limitations!

End of Life for LBM

Since LBM 4 has announced and End of Life in May 1st 2013, this is the final major version of Lab Manager to be replaced to vCD (VMware Cloud Director), hence this will be my last best practices guide for it. All future guides from me will be about vCD, but as of today vCD 1.0 is primarily designed as a public cloud offering built around Multitenancy, LBM is a private cloud Software Dev/Test product, we will need the next version(s) of vCD to return many of the LBM test/dev features (which I’m assured they will). I will need those features before I make the jump in a test/dev environment to vCD from LBM.

i. 8 ESX hosts max to connect to VMFS3 Datastore (each LUN), you can use NFS to get around this, but for our use case, this is not performant enough. The VMFS limit has to do with Linked-Clones, normal ESX has a much higher limit (64).

ii. 2TB vmfs3 size limit, and don’t start there, we started at 1.2TB Luns so we could expand as needed. Avoid SSMOVE if at all possible (SSMOVE is slow and painful, but works well), if you fill up your Lun, create the extend and/or disable templates and move them to a new datastore. You can go up to 64TB with Extends, but I like smaller LUNS for performance and other reasons.

iii. Only available backups are SAN Snapshots (well the only realistic one for us), and for this to be useful, see #1 below

iv. Recommended to put vCenter & Lab Manager Servers on VM’s inside cluster on SAN with the guests (use resource pools to guarantee performance)

(You are still limited to 3000 machines and 32 hosts per cluster, which is important for Host Spanning)

i. Make Luns 10x the size of your Template(s)

ii. Shared Storage is generally the first bottleneck. I used all Raid 1+0 since we observed this on our first LBM deployment and our application is database driven (disk I/O intensive). Tier your storage if possible, EMC FAST or similar technology.

iii. We have averaged between 80-120 VM’s per blade, so this means our LBM 4.0 environment should top out at approximately 80 hosts (5 full HP c7000’s) (one cluster, otherwise you lose the advantages of Host Spanning Transport Networks).

iv. LOTS of IP addresses, I recommend at least a /20 for LBM installs = 4096 IP’s, you do not want to have to re-IP lab manager guests, we’ve done that before.

v. Create a pivot Data Store, Many SAN technologies require that you present the same LUNS to a group of hosts, Think “Storage Group” from EMC. Because of this, you may want to move a VM from one storage group to another, there isn’t any way to accomplish that without having either another SAN, iSCSI, or NFS storage available that you can use for a transfer point to svmotion the VM/Template to, and then to the appropriate storage group.

vi. If using ESXi, keep one ESX per storage group for Exports, ESXi does not support SMB, so users can not export their VM’s without this.

vii. Create Gold Master Libraries for your users, helps prevent the 30 disk chain limit from being hit as often.

ix. Do not allow users to create\import templates, Export Only

x. Do not allow users to modify Disk, CPU or Memory on VM’s.

xi. Storage and Deployment leases are the best thing since sliced bread. Recommend between 14-28 days for both.

xii. Linked Clones are great, but Hardware Dedupe is better.

xiii. Train your users, we even went as far as to have two access levels, one for trained, one for untrained, so the untrained are less dangerous, and if they want the advanced features it forces them to get training.
Posted by Brian Smith at 7:48 PM 11 comments:

Email ThisBlogThis!Share to TwitterShare to FacebookShare to Pinterest
Labels: LBM

After a recent power outage, one of the 1TB Sata drives in a Raid-5 died, not a big deal. However, one of the Hot-Spare 300GB FC drives took over for it. We are nearly full allocated space-wise, so this is a scary thing. We do have a 1TB identical Hot-spare in the chassis, so my rep told me to just yank the FC Hot-spare drive that was now part of the raid (and had been for 5 days). Luckily this worked perfectly, pulling the drive forced the Celerra/Clariion to Transfer the data to the correct Hot-spare and after the new drive arrived everything went back to how it should be.
Posted by Brian Smith at 4:54 PM No comments:

VM problems after a power outage

I want to thank Colorado Springs Utilities for unexpectedly cutting our power for routine maintenance.

When trying to power our VM's back on, we got two different odd errors on separate ESX 4.0.0 hosts, both with the same resolution.

"An error occurred while communicating with the remote host."
and
"Detected an invalid snapshot configuration."

Both of which had us concerned about data corruption to say the least, however we restarted the VMW management service and they both came back to life.

Since you can’t modify unattend.xml or really do anything else to keep it enabled through sysprep (which auto disables it)
Do this:
Create %WINDIR%\Setup\Scripts\
Create SetupComplete.cmd (make sure no hidden extensions like SetupComplete.cmd.txt)
Edit that file, put this in there:
net user administrator /active:yes
(optional change password) net user administrator new_password
After Windows is installed, but before the logon screen appears, Windows Setup searches for the SetupComplete.cmd file in the %WINDIR%\Setup\Scripts\ directory. If a SetupComplete.cmd file is found, the file is executed. Otherwise, installation continues normally. Windows Setup logs the action in the Setupact.log file.
That should do it, now that Template should keep local admin enabled even after sysprep.
Posted by Brian Smith at 3:03 PM No comments: